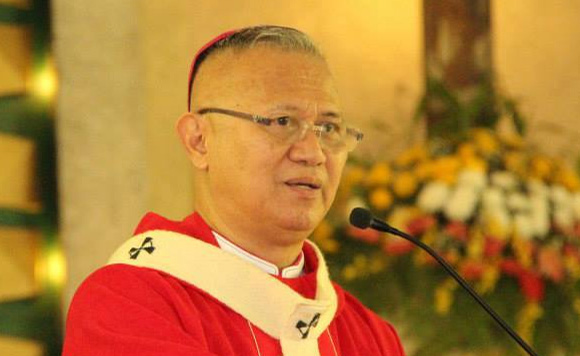 0 614
Share
Want more POLITIKO News? Get the latest newsfeed here. We publish dozens and dozens of politics-only news stories every hour. Click here to get to know more about your politiko - from trivial to crucial. it's our commitment to tell their stories. We follow your favorite POLITIKO like they are rockstars. If you are the politiko, always remember, your side is always our story. Read more. Find out more. Get the latest news here before it spreads on social media. Follow and bookmark this link. https://goo.gl/SvY8Kr

Cebu Archbishop Jose Palma urged the faithful to calm down amid the shooting incident which resulted in the death of a man inside the Archbishop’s Palace Tuesday morning.

In an interview, Cebu Auxiliary Bishop Dennis Villarojo said Palma also asked the public not to speculate as the authorities were now investigating the case.

“He appealed for calm, and don’t make any speculations because investigations are still on-going. Let the process take its course,” he said in an interview over Church-run Radio Veritas.

Villarojo revealed that a man, wearing a bonnet with his face covered, arrived at the gate of the palace and looking for the archbishop with no known reason.

He added that a staff of the archdiocese informed the man who was later identified as Jeffrey Cañedo, 41, of Barangay Labangon that Palmawass not in Cebu.

Villarojo noted that the Palace’s employee said the man “appeared to be troubled and not in his normal self.”

At the same time, the Cebu Auxiliary bishop offered prayers to Cañedo and also blessed his body. (PNA)