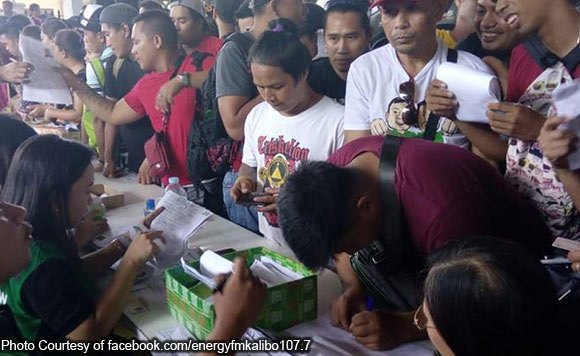 Workers displaced by the closure of Boracay Island to tourists may soon expect simpler requirements for aid from the Department of Labor and Employment.

DOLE Secretary Silvestre Bello III said thty are working to slash to “one to two” the number of requirements for the program, from the original four.

Bello said they may still require the ID and employment certificate, but do away with other requirements such as background check or marriage contract.

He said he will issue a department order to formalize the simplified requirements.

Earlier, the DOLE failed to complete the registration of some 19,000 displaced workers to the program because of the complex requirements.

Meanwhile, Bello said the distribution of the assistance should be in cash instead of cash cards, as other beneficiaries do not have easy access to banks.

Under the BEEP-AMP, suspended and displaced workers will receive P4,205.50 monthly support for up to six months aside from employment facilitation and training.

Retained employees will receive a lump sum of P6,308.25 covering three months’ worth of assistance or P2,102.75 monthly.

It provides emergency employment in a form of community work for 30 days.