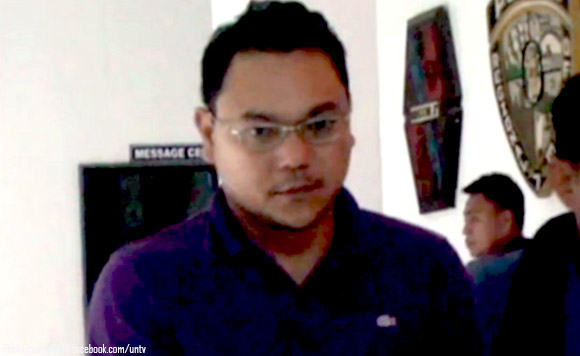 The parricide case against Bohol Provincial board member Nino Rey Boniel over allegations he killed his wife, Bien Unido Mayor Gisela Boniel, in June 2017 has been withdraw in court.

“It should be noted that a case for kidnapping is still pending in Bohol, whereby the same set of evidence has been presented to pursue the case against the herein respondent-appelant,” read the resolution signed by Undersecretary Reynante Orceo.

The DOJ noted that Riolito Albarquez Boniel, Gisela said Nino abducted his wife along with several men from the Bien Unido Dive Camp in Bohol on June 7, 2017.

It was Riolito who drove the pump boat which carried the couple to the waters of Cuabian and Olango Island.

There, Riolito saw Nino shoot the victim whose body was dumped into the waters using a net and stones to keep her submerged.

The mayor was allegedly killed for having an affair.

“Granting, for the sake of argument, that the prosecutor’s office of Bohol would find probable cause against herein respondent-appelant, the charge would be one for the special complex crime of kidnapping with murder, whereby the killing would not be treated separately from kidnapping,” the DOJ explained.