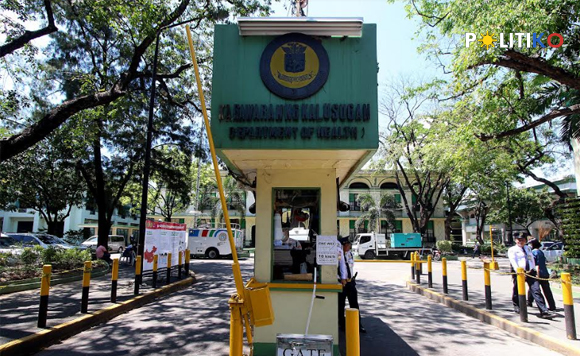 0 1
Share
Want more POLITIKO News? Get the latest newsfeed here. We publish dozens and dozens of politics-only news stories every hour. Click here to get to know more about your politiko - from trivial to crucial. it's our commitment to tell their stories. We follow your favorite POLITIKO like they are rockstars. If you are the politiko, always remember, your side is always our story. Read more. Find out more. Get the latest news here before it spreads on social media. Follow and bookmark this link. https://goo.gl/SvY8Kr

The deployment of 39 doctors from Western Visayas to Cebu City, the new coronavirus disease (Covid-19) hotspot in the country, is temporarily suspended, according to the Department of Health-Center for Health Development Western Visayas (DOH-CHD 6).

Dr. Marlyn Convocar, DOH-CHD 6 regional director, said they will first settle some issues before proceeding with the deployment.

“Deployment will be temporarily held in abeyance until issues and concerns are settled with all concerned physicians and other stakeholders,” Convocar said yesterday.

In a letter addressed to DOH Usec. Abdulah Dumama Jr. on June 26, the DOH-CHD 6 said it will be deploying four batches of medical teams as augmentation to the human resources for health in Cebu City responding to the increasing cases of Covid-19. (https://bit.ly/3ic0fFr)

The move is in response to the directives of the DOH Central Office through Memorandum dated June 26 with the subject, “Authority to deploy medical teams to augment human resources for health in Region 7,” said Convocar.

It enjoined the Western Visayas region to initiate immediate deployment of medical teams for the region.

“In response, DOH-CHD 6 has identified physicians under the Doctor-to-the-Barrios (DTTB) and Post Residency Deployment Program (PRDP) composed of 10 medical doctors per team in four batches with a total of 39 medical doctors consisting of 25 DTTBs and 14 PRDPs,” she added.

The deployment was supposed to commence from June 29 to September 5, 2020.