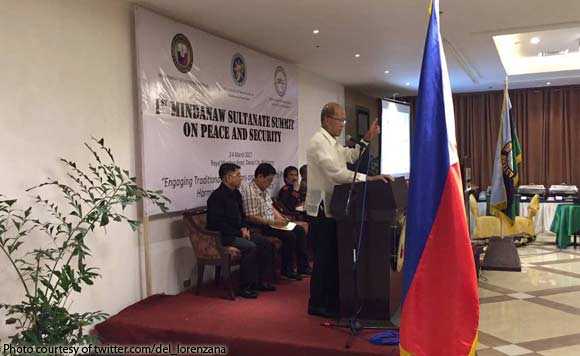 He made this appeal after noting that the military solution is not enough.

Lorenzana made this statement during the March 2 meeting of the First Mindanaw Sultanate Summit on Peace and Security at the Royal Mandaya Hotel, Davao City.

Participating in the activity were members and representatives of the different royal houses and sultanates. The event will end March 4.

He called on the assembly to use their influence to help government
address these problems as it is the children who suffer most in the fighting.

The pervading cycle of violence also makes it easier for extremists to recruit additional fighters and members.

To combat this, the DND chief said the government is bringing in economic development in the affected regions.

In the same vein, Lorenzana also recognized that there has been little dialogue between the national government and traditional Mindanaw leaders in the past, especially on the issue of violent extremism in the region.