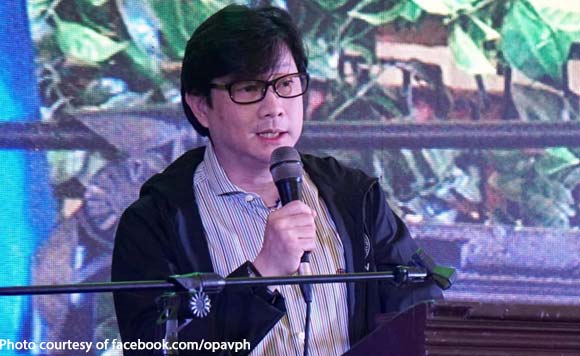 0 2,833
Share
Want more POLITIKO News? Get the latest newsfeed here. We publish dozens and dozens of politics-only news stories every hour. Click here to get to know more about your politiko - from trivial to crucial. it's our commitment to tell their stories. We follow your favorite POLITIKO like they are rockstars. If you are the politiko, always remember, your side is always our story. Read more. Find out more. Get the latest news here before it spreads on social media. Follow and bookmark this link. https://goo.gl/SvY8Kr

Young needs guidance “as it seems he is totally lost,” said Dino in a statement.

“I do not think I need to remind you that the president is backed by 16 million voters with a personal record of 87 percent approval rating, highest among all other presidents,” the official said.

Dino said Young, whom he described as “very insecure,” bragged about his over 100,000 votes from the north district. (https://bit.ly/2TTZkzF)

“What is with your very strong sense of entitlement? Your last name is Young, but that does not mean you should think like a child,” his statement read.

The OPAV secretary also noted: “I would reiterate, since your mind and thoughts seem to be out of order – the president, foreign dignitaries, local businessmen, and Cebuanos who voted for you, all believe that an Integrated Mass Transportation System is the way to go.”

Earlier, Young commented that the Manila traffic solution is a failed model to solve the province’s traffic problems.