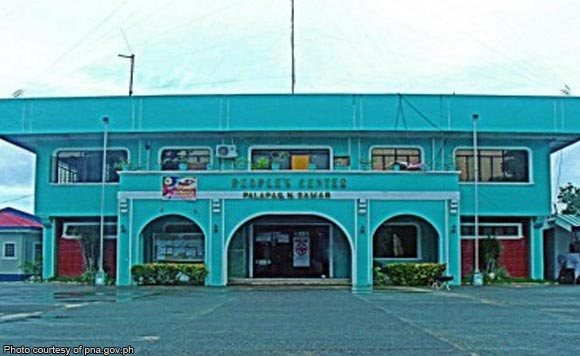 0 981
Share
Want more POLITIKO News? Get the latest newsfeed here. We publish dozens and dozens of politics-only news stories every hour. Click here to get to know more about your politiko - from trivial to crucial. it's our commitment to tell their stories. We follow your favorite POLITIKO like they are rockstars. If you are the politiko, always remember, your side is always our story. Read more. Find out more. Get the latest news here before it spreads on social media. Follow and bookmark this link. https://goo.gl/SvY8Kr

TACLOBAN CITY –More than a month before the May 13 mid-term elections, the Department of the Interior and Local Government (DILG) Northern Samar provincial office sworn in on Friday Palapag town Mayor Manuel Aoyang, who was dismissed from service three months ago.

Charge sheet from the Office of the Ombudsman showed that Aoyang falsified the municipal resolution, approving the list of anti-poverty reduction projects in Palapag, Northern Samar.

Aoyang allegedly made it appear that town council members Sonia Evardone and Anacorito Javier were present during the Feb. 17, 2015 special session to support the passage of the said resolution.

Evardone and Javier alleged that their signatures in the resolution were forged. They filed the case before the Office of the Ombudsman on Mar. 12, 2015.

In a resolution dated Oct. 13, 2015, the Ombudsman found probable cause to indict the mayor for violation of Article 171 of the Revised Penal Code for falsification of documents.

The Ombudsman ordered the dismissal of the official from the service with the entire accessory penalty of cancellation of eligibility, forfeiture of retirement benefits, and perpetual disqualification from holding public office and bar from taking civil service examinations.

Aoyang filed a motion for reconsideration at the Ombudsman but was denied. He then filed a petition to review at the CA, which reversed the Ombudsman’s resolution.

In the promulgation of Aoyang’s petition for review, the CA ruled that “although direct proof is essential to establish a conspiracy, it must be established by positive and conclusive evidence. Proof, not mere conjectures or assumptions, should be preferred to indicate that the accused had taken part in it. Mere allegation and speculation is not evidence and is not equivalent to proof.”

“The decision dated 13 October 2015 and the Joint Order dated 27 January 2017 of the Office of the Ombudsman are reversed and set aside. The administrative complaint against petitioner Manuel Aoyang for grave misconduct and dishonesty is accordingly dismissed,” the CA said.

The CA also ordered the payment of his salary and other benefits “corresponding the time he was out of his service by reason of the judgment of dismissal by the Ombudsman.”

Aoyang welcomed the CA ruling, saying he is happy with his reinstatement.

“I was a victim of bad politics and the slow resolution of cases in court, but still I am happy,” he said.

When asked for his next move against those who filed the complaints, Aoyang said he would rather focus on his job as the mayor of Palapag.

Aoyang is running for mayoralty position in the upcoming election. (PNA)