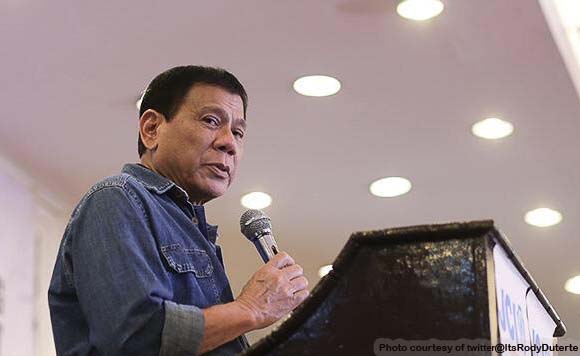 Davao City Mayor Rodrigo Duterte would have been the “poorest” contender for the Palace seat had he formalized his bid for the position.

The cuss-spewing mayor declared in his 2014 statement of assets, liabilities and net worth (SALN) assets amounting to P22,971,732.62, with liabilities of P1 million. This gives Duterte a net worth of just under P22 million.

This means that the Davao leader’s riches is nearly three times that of opposition leader Vice President Jejomar Binay’s.

Binay, a former longtime mayor of Makati City, has been dubbed the poorest among the four “name” presidential candidates with a listed net worth of P60.2 million.

The wealthiest based on SALN records last year is Liberal Party (LP) standard-bearer Mar Roxas, who has a value of P202 million.

As for Duterte, the bulk of his assets last year came from hard and deposited cash amounting to P13.8 million. The 70-year-old mayor declared assets of P12.9 million under the same category in 2013.

Duterte’s net worth in 2014 actually increased by P1.35 million compared to the previous year.

Duterte had previously cited “lack of funds” as one of the reasons for his reluctance to pursue the Palace seat, although several private entities reportedly pledged him financial support. (Samantha A. Giron)