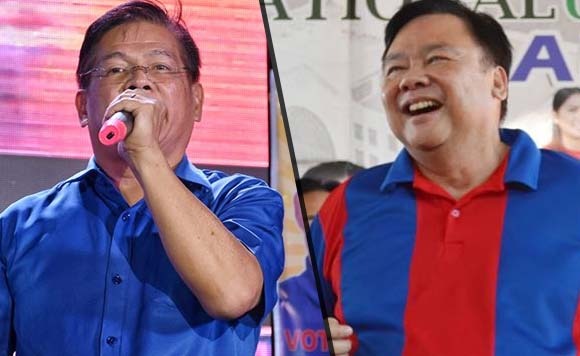 Iloilo City Rep. Jerry Treñas claimed that Mayor Jose “Joe” Espinosa III and his wife Gina demanded P100 million from him in exchange for an agreement that the mayor would not fight him in the mayoral race.

“The couple wanted me to give them that much money as precondition for Joe not running against me for mayor. I did not agree,” said Treñas in a Panay News article.

Both politikos are brothers-in-law. Their wives are sisters.

According to the congressman, Gina opposed the idea of him running for mayor and Espinosa for Congress and invited his chief of staff, Jonas Bellosillo to a meeting.

“After their meeting, Jonas told me that Gina was demanding an amount of P100 million, for which Joe would run for congressman. Otherwise, he would be running for mayor. When I did not agree, she asked for a second meeting with Jonas. She insisted on the amount but would accept a down payment of P50 million,” Treñas said.

“When I remained adamant, she offered to reduce the down payment to P20 million, and the balance payable later. If I could produce the amount, Joe would raise my hand as his candidate for mayor. I still refused, knowing we would not even be spending that much by running together as a team,” he added.

Treñas said he attempted to reach Espinosa by phone but to no avail.

“He had obviously made up his mind to run against me despite supplications by our common friends and relatives to reconsider. It’s heartbreaking that a political disagreement has turned into a family feud,” he also said.