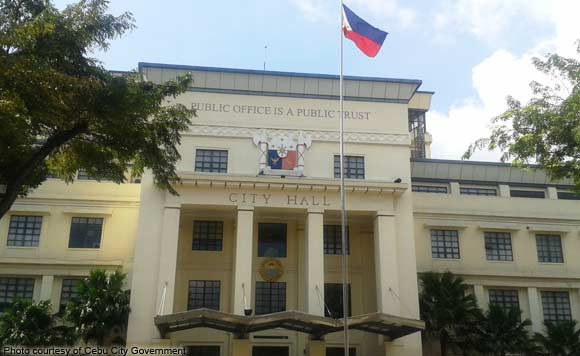 CEBU CITY – The Cebu provincial government on Wednesday said all mayors of Cebu’s 44 towns and the cities of Carcar, Bogo, and Talisay have joined in its stand against the unsustainable domestic transport and sale of dolomite and related minerals from the southern town of Alcoy.

In a resolution dated Sept. 10, the League of Municipalities of the Philippines (LMP) Cebu Chapter said the “persistent dolomite extraction in Alcoy and the consequential damage it will cause the environment of Cebu Island, violate the constitutionally protected right of the Cebuanos and resulting in irreparable and unquantifiable harm to them.”

All the city and town mayors, including Alcoy Mayor Michael Angelo Sestoso, expressed their support to the Capitol’s effort to protect the “terrestrial environment of the Island of Cebu and the Cebuanos’ constitutional right to a balanced and healthful ecology”.

Early this month, dolomite rocks from Alcoy have been shipped to Manila as filling materials for the beautification project of the Manila Bay.

Upon review, the Capitol found out that no public consultation was done with the municipal government of Alcoy and the provincial government on the transport of the said minerals. There is also no sign of an environmental impact study on the dolomite extraction in the town.

Cebu Governor Gwen Garcia added that the domestic sale of dolomite is not included in the Mineral Production Sharing Agreement (MPSA) between the Dolomite Mining Corp. (DMC) and the government.

Considering the violations committed, Garcia issued a cease and desist order (CDO) on the domestic sale of dolomite, associated mineral deposits, and other quarry resources sourced from Alcoy.

With this, the governor aims to stop the issuances of the three ore transport permits pending before the Mines and Geosciences Bureau in Central Visayas.

Through the resolution, the LMP expressed its “vehement and continuing objection” against selling dolomite rocks and other minerals locally which are used as substitutes for sand and gravel, soil conditioner, and other purposes.

The LMP also recommended to the Capitol the review of the permits of DMC and the Philippine Mining Services Corp. and check whether they have complied with the country’s laws and regulations that ensure the replenishment and restoration of the exploited area.

The mayors also wanted to ensure that the mining companies provide their “contribution to the just and equitable share of all local government units and Cebu province affected by their projects”. (PNA)