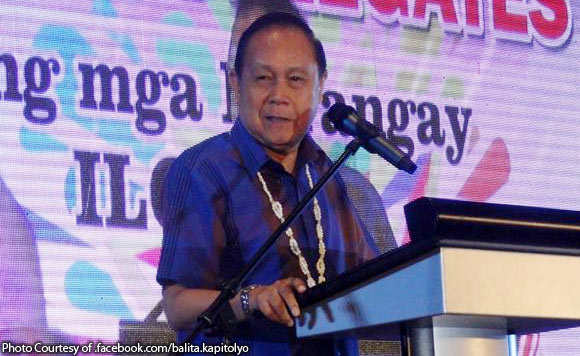 Governor Arthur Defensor Sr. on Thursday assured that the PHP400 million redevelopment of the Capitol complex is not overpriced.

In his regular press conference, the governor recognized that a large amount was allotted for the project because the improvement includes not just the capitol grounds, but also the construction of a six-level parking building.

“The project is within the budget, the price is fair and it underwent competitive bidding,” he said.

The redevelopment project of the Capitol complex was designed by Architect Paulo Alcazaren.

The first phase is the multilevel parking amounting to PHP185 million, he said.

Package 2 involves the landscaping of the front of Capitol building up to the Casa Real or the Old Provincial Capitol amounting to PHP69 million while package 3 is the improvement of the grounds adjacent to the Western Visayas Regional Museum amounting to PHP52 million.

Package 4 is the improvement of the power station amounting to more than PHP18 million.

All of these projects are now ongoing, he said, adding that they target to complete the project by June of 2019.

Defensor said they are redeveloping the capitol grounds for “eternity and to become (a) landmark in the city and province of Iloilo.”

“It will be a building that will stand as a pride of (the) province of Iloilo for many, many years and century to come,” he said.

Since the regional office building of the Department of Tourism (DOT) will be affected by the redevelopment project, Provincial Administrator Raul Banias said that their temporary space at the Casa Real is ready to be occupied.

He said that DOT-6 is set to transfer next week. (PNA)