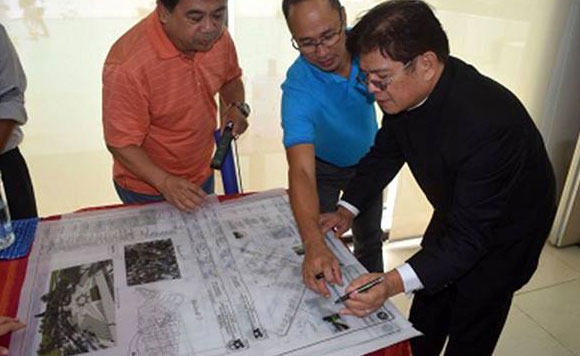 0 361
Share
Want more POLITIKO News? Get the latest newsfeed here. We publish dozens and dozens of politics-only news stories every hour. Click here to get to know more about your politiko - from trivial to crucial. it's our commitment to tell their stories. We follow your favorite POLITIKO like they are rockstars. If you are the politiko, always remember, your side is always our story. Read more. Find out more. Get the latest news here before it spreads on social media. Follow and bookmark this link. https://goo.gl/SvY8Kr

Despite pleas from some residents – including his own vice mayor, Iloilo City Mayor Jose Espinosa III is not stopping the demolition of the city’s Freedom Grandstand.

The grandstand is to be demolished as part of the national government’s P19.8-million Sunburst Park Development project in the City Proper district.

Espinosa said not even a resolution by the city government can delay the project since there is already a valid contract.

“You can’t delay it through a resolution because there are rights and obligations that come with the contract,” he said.

If he interferes with the contract, Espinosa said he “will be violating the laws.” The grandstand is scheduled for demolition starting this week.

Earlier, vice mayor Jeffrey Ganzon called on Espinosa not to push through with the demolition of Freedom Grandstand. Ganzon’s call was adopted into a resolution.

But Espinosa said that once the project is awarded, the contractor is given time to finish the program.

The mayor said the Tourism Infrastructure and Enterprise Zone Authority may be fast-tracking the project “because they have their own timetable, we don’t know the funds could be reverted (if it is not expended).”

Meanwhile, Ganzon asked for the installation of a plaque at the new Freedom Grandstand narrating the history of the edifice.

The plaque aims “to recognize its originator, Rodolfo Ganzon, and to commemorate its historical value.” Rodolfo Ganzon is the vice mayor’s father.

Meanwhile, the Sunburst Park revival is a project of the TIEZA, which was sealed as early as 2016 when the City Council, including then councilor Ganzon, authorized then mayor Jed Patrick Mabilog to sign a memorandum of understanding (MOU) with TIEZA, Department of Tourism, and Bureau of Customs.