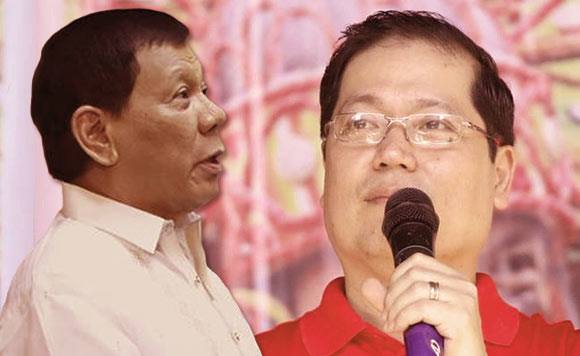 In an interview aired over state-run PTV-4 Friday (September 15), Duterte said deceased Albuera, Leyte Mayor Rolando Espinosa Sr. was not the only narcopolitiko “running the show” in Visayas.

“Dito sa eastern side, it was Albuera Mayor Espinosa who was running the show. Dito, sa ano, si Odicta. Kaya sabi, ang una ko the most shabulized, if there is a word,” he added.

Duterte previously called Iloilo City as the “most shabulized city” in the country.

Odicta and his wife were killed in August last year at a Caticlan port by an unidentified gunman.

Mabilog, who has been tagged as a narcopolitiko by Duterte several times, is currently out of the country. He claims he is seeking medical treatment.

Related stories:
My house is the same size as Mabilog’s kitchen – Duterte

Palag! Mabilog tells Duterte: I have nothing to hide