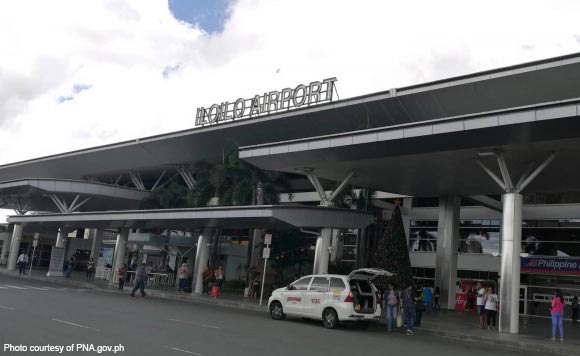 The Iloilo Airport in Cabatuan, Iloilo will remain closed to commercial flights until June 10 unless the suspension of its operation is lifted earlier by the Civil Aviation Authority of the Philippines (CAAP).

“We are waiting for pronouncements from our higher office,” said CAAP-Iloilo terminal supervisor Art Parreño.

This is raising questions on Iloilo Airport’s possible reopening.

Parreño said that unless the suspension order is revoked, no commercial planes would be allowed to land or takeoff.

Only “sweeper flights” would be accommodated – airplanes transporting stranded overseas Filipino workers or Ilonggos wanting to go home – and airplanes used by the military to transport healthcare personnel and equipment.

But, the official said that CAAP-Iloilo is preparing the airport for its eventual reopening. Social distancing would be enforced at the airport, and so is the wearing of facemasks, he also said.

Arrival and departure areas would be decontaminated, said Parreño, adding the checking of people’s temperature using thermal scanners would resume.

The airport temporarily suspended its operation beginning March 18 due to the global health crisis. It was requested by Governor Arthur Defensor Jr.

Exceptions include flights with healthcare workers responding to an emergency; flights with members of the Philippine National Police and all branches of the Armed Forces of the Philippines; flights with persons traveling for urgent medical reasons; and flights with persons traveling into the province on common carriers and/or transport for the conduct of trade, delivery of social/humanitarian services, fishing/marine activities, scientific/academic pursuit, and such other essential purposes, other than the carriage of passengers.

Continue Reading
CabatuanCivil Aviation Authority of the PhilippinesDespiteIloiloIloilo Airport
0
Share
Politiko would love to hear your views on this...
Trending News
More Stories