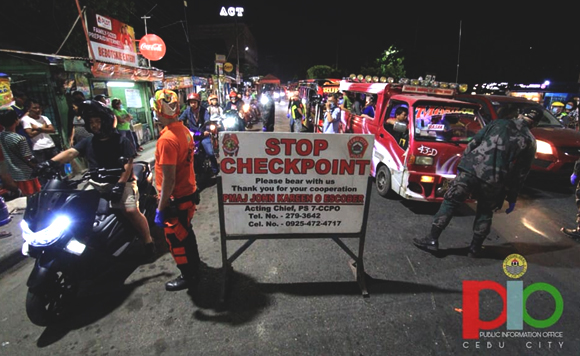 Cebu City will continue to enforce strict regulations despite the downgrading of the city to general community quarantine (GCQ).

This developed as heavy traffic was observed in the city’s streets Monday, which authorities attributed to more workers going out as more establishments reopen with the police still enforcing strict control in the streets, especially at checkpoints.

In a press conference yesterday, Mayor Edgardo Labella reminded the public that the city will take it slowly but surely this time around – taking the lessons in May when the city was placed under GCQ but had to be put back under enhanced community quarantine (ECQ) in June owing to the rise in coronavirus (Covid-19) cases. (https://bit.ly/2XqkbvB)

“We will observe the demeanor, the attitude, and the body language of our residents. If they show that they can be disciplined and that they can comply with minimum health protocols, maybe we can relax regulations,” said Labella.

“Since it is the prerogative of the local government, we have to keep regulations in place so that we won’t slide back to ECQ or modified ECQ,” he added.

Labella said that for now, only 30 percent of the total taxi population in the city are allowed to operate, 20 buses, and 20 V-hires.

“Let’s not go all out for now. Let’s do this slowly but surely, step by step.”

For his part, Vice Mayor Michael Rama said Metro Manila should be a cautionary tale – that a resurgence in the number of Covid-19 cases can bring local governments back to stricter quarantine regulations.

There must be an “iron first” enforcement of regulations in Cebu City, according to him.

Meanwhile, Labella said the city still requires the use of QR-codes quarantine passes to divide the volume of people going outside their residence.

Starting August 9, however, residents with passes will be allowed to go out on Sundays, and the odd or even number scheme will no longer be enforced.

On weekdays, the number coding of quarantine passes still applies where codes ending with odd numbers (1, 3, 5, 7, 9) are allowed to go out during Mondays, Wednesdays, and Fridays, while those ending with even numbers (2, 4, 6, 8, 0) can go out on Tuesdays, Thursdays, and Saturdays.

Authorized persons outside residence are exempted from this requirement.