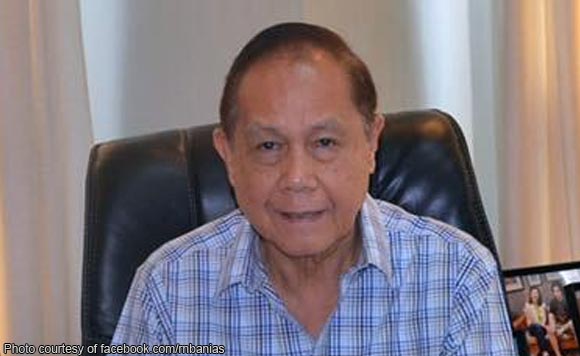 0 1,764
Share
Want more POLITIKO News? Get the latest newsfeed here. We publish dozens and dozens of politics-only news stories every hour. Click here to get to know more about your politiko - from trivial to crucial. it's our commitment to tell their stories. We follow your favorite POLITIKO like they are rockstars. If you are the politiko, always remember, your side is always our story. Read more. Find out more. Get the latest news here before it spreads on social media. Follow and bookmark this link. https://goo.gl/SvY8Kr

ILOILO CITY — The Iloilo provincial government will be unable to replicate the move of the national government to provide funds for the fourth tranche of salary increase for government employees, said Iloilo Governor Arthur Defensor Sr. on Thursday.

This, after President Rodrigo Duterte has signed Executive Order (EO) No. 76 which amended a portion of EO No. 201 to state that the funding requirements for the salary increase for this year shall be sourced from “any available appropriations” under the 2018 budget.

In a media briefing, Defensor said the situation in the local level differs with that of the national. “In the first place, where will we source our fund?” he asked.

Citing Section 325 of the Local Government Code, Defensor read aloud to the media that the use of the provincial, city and municipal fund “shall be subject to the following limitations: Letter g: The creation of new positions and salary increases or adjustment shall in no case be made retroactive”.

Defensor said the opposition-led Sangguniang Panlalawigan (SP) allegedly “doesn’t mind the effects of the non-approval of the 2019 budget to employees”.

The 2019 executive budget of Iloilo has yet to pass the committee level.

As it is, the Association of Iloilo Provincial Government Employees (AIPGE) still awaits the grant of their salary increase.

On February 19, AIPGE forwarded a resolution for the SP committee on appropriations to pass the 2019 executive budget before the start of the election ban period.

SP committee on appropriations chair Dorothy Paes has already responded to the resolution of AIPGE, saying the committee “understands the concerns of the Board of Directors of the Association of Iloilo Provincial Government Employees and is one with the goal to pass the proposed 2019 Executive Budget as soon as possible”.

Paes, however, said in her letter that the budget must be passed with much prudence and scrutiny thus, she implored the public to bear with the committee as they fulfill their duty and mandate in safeguarding people’s money. (PNA)