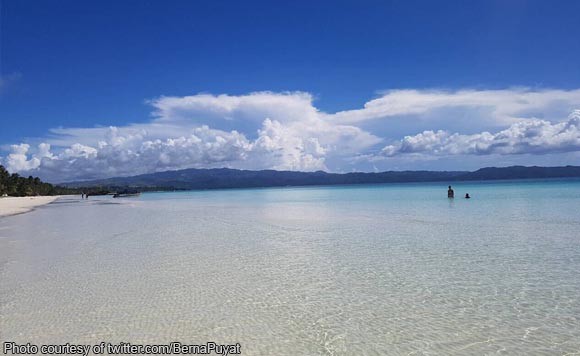 BORACAY ISLAND, Aklan — The Department of Environment and Natural Resources (DENR) will allow citizens’ arrests to strictly enforce the guidelines against littering on the island.

DENR Undersecretary for Solid Waste Management and Local Government Benny Antiporda, in a press conference Friday, said this is to prevent the same scenario during the first day of the dry run when trash was found on the beach.

“We will not allow it to happen during the island’s reopening on Oct. 26,” he said.

Antiporda said that aside from locals, they are also tapping businesses to help enforce the anti-littering ordinance of Boracay Island, known as the “Anti-littering Ordinance of Malay Municipal No. 311”. Fines and imprisonment await violators, he warned.

Antiporda said members of the Compliant Association of Boracay (CAB), a group of hotels, resorts, and restaurants on the island, were given accreditation by the Department of Tourism (DOT).

“The CAB would deputize its members to become Boracay marshals,” he said, adding that each establishment is required to have pollution control officers.

The campaign against single-use plastic will also be strictly implemented on the island, Antiporda added.

Six months after it was shut down for rehabilitation, Boracay reopened for a 10-day dry run on Oct. 15 and port management reported more than 1,300 people entered the island. (PNA)