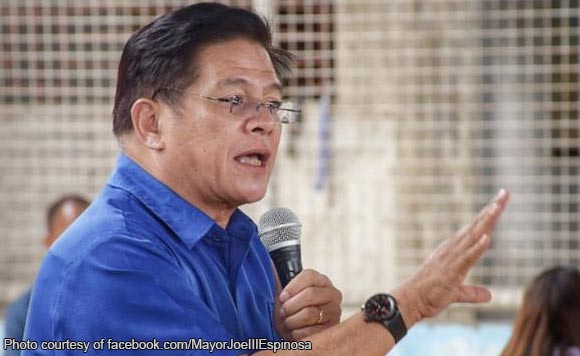 0 326
Share
Want more POLITIKO News? Get the latest newsfeed here. We publish dozens and dozens of politics-only news stories every hour. Click here to get to know more about your politiko - from trivial to crucial. it's our commitment to tell their stories. We follow your favorite POLITIKO like they are rockstars. If you are the politiko, always remember, your side is always our story. Read more. Find out more. Get the latest news here before it spreads on social media. Follow and bookmark this link. https://goo.gl/SvY8Kr

He would just go for a dip, Espinosa said as he assured his committment in cleaning up the polluted beaches in the city.

“I will do it but I was advised that the public might follow me. As the mayor, I am still weighing the possible repercussions of the action so instead of swimming maybe I’ll just submerge myself into the water partly,” according to him.

“We also don’t want to compromise the health of the public although what we actually just want is for the public to be aware,” he added.

Espinosa earlier announced his plan to clean up a total of 26 coastal barangays (from Bitoon, Jaro to Santo Niño Sur, Arevalo) in the metro, taking cue from the Boracay island and Manila Bay rehab program of the national government.