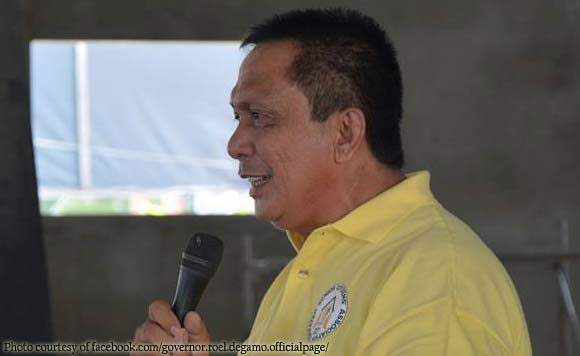 0 1,332
Share
Want more POLITIKO News? Get the latest newsfeed here. We publish dozens and dozens of politics-only news stories every hour. Click here to get to know more about your politiko - from trivial to crucial. it's our commitment to tell their stories. We follow your favorite POLITIKO like they are rockstars. If you are the politiko, always remember, your side is always our story. Read more. Find out more. Get the latest news here before it spreads on social media. Follow and bookmark this link. https://goo.gl/SvY8Kr

Governor Roel Degamo has lamented the failure of the Department of Public Works and Highways (DPWH) to implement P1 billion worth of classroom construction in Negros Oriental.

During the Regional Development Council 7 meeting, Degamo said that the Department of Education (DepEd) has a total of P179 billion in unspent budget for the construction of school buildings in the country in the last three years.

The DPWH, however, clarified that it only implements school building projects on a yearly basis.

In a Visayan Daily Star article, the Public Works department said resources are transferred to them by the Department of Budget and Management upon DepEd approval.

To hasten projects, Degamo suggested that local government units concerned could themselves handle the implementation of the project.

In the Central Visayas, 2,766 of the 13,057 classrooms allocated for Cebu, Bohol, Negros Oriental, and Siquijor since 2014 have not been constructed.