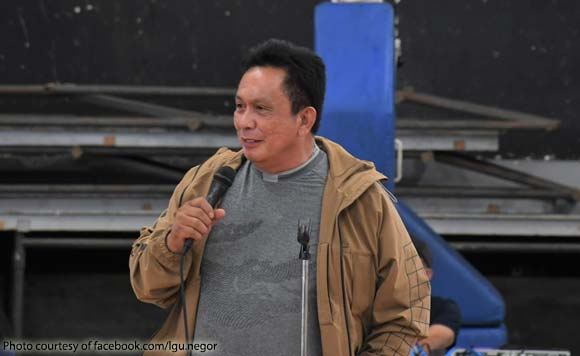 0 94
Share
Want more POLITIKO News? Get the latest newsfeed here. We publish dozens and dozens of politics-only news stories every hour. Click here to get to know more about your politiko - from trivial to crucial. it's our commitment to tell their stories. We follow your favorite POLITIKO like they are rockstars. If you are the politiko, always remember, your side is always our story. Read more. Find out more. Get the latest news here before it spreads on social media. Follow and bookmark this link. https://goo.gl/SvY8Kr

During the Central Visayas Regional Development Council Full Council Meeting Tuesday, Degamo said that he was not present during the deliberation for the project.

Bacong Mayor Lenin Alviola, however, said the the National Economic Development Authority, the Department of Transportation, and the Office of the President have already inspected the project. (https://bit.ly/3P7XQfN)

The objection of Degamo is already “moot and academic” since the project is already at the Office of the President, according to Alviola.

Degamo, on one hand, insisted that the Provincial Government was not given enough time to conduct its own feasibility study for the construction of a new airport for Negros Oriental.

“Bacong belongs to the province of Negros Oriental and I am the governor. It is my duty to impose what is best for my province. When I said I am strongly opposing this project, that is in so far as I am the governor now,” he added.