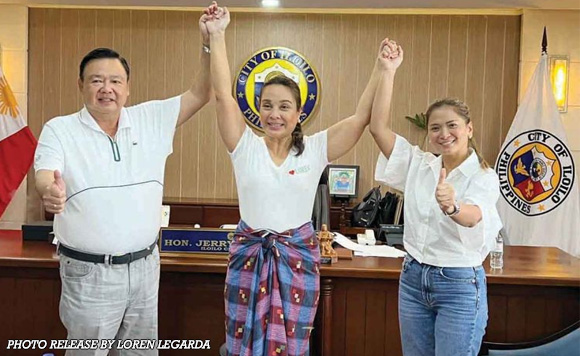 Top leaders of Iloilo have expressed support to Antique Rep. Loren Legarda’s return to the Senate.

Governor Arthur Defensor Jr. cited the generosity of Legarda amid the Covid-19 pandemic.

“[She] gave so much help to Iloilo… She has never left Iloilo behind. Even as congresswoman of Antique, she continued to extend her help to Iloilo,” said Defensor. (https://bit.ly/3MMNv6Q)

The governor described the senatorial candidate as an outstanding lawmaker in terms of advocacy and quality of legislation for the past 20 years.

“Let us support her for her to be able to serve and provide continuous help to Iloilo,” he added.

Legarda deserves to be back in the Senate, Treňas said as he noted all the programs and laws she created for the welfare the Filipino people.

“Let us help Sen. Loren Legarda so that Region 6 will have a representation in the Senate,” the mayor also said.