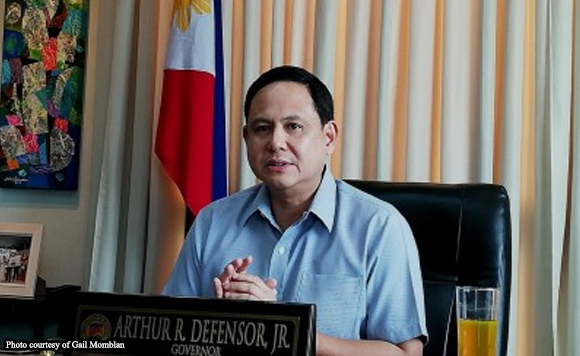 Iloilo Governor Arthur Defensor Jr. has ordered a province-wide liquor ban in an attempt to stop the surge in new Covid-19 infections.

The liquor ban began last Friday and will end on January 15 unless extended or lifted earlier.

Defensor’s Executive Order No. 002 prohibits the serving or drinking of alcoholic beverages in food preparation establishments such as bars, kiosks, commissaries, restaurants and eateries. (https://bit.ly/3F8Xor5)

Liquors are also banned in high-risk establishments and activities such as meetings, conferences, workshops, wedding receptions, parties, and the likes.

Drinking “negates” social distancing which is one of the best practices to avoid exposure to the Covid-19 virus, according to the governor.

Defensor ordered the Philippine National Police and local task forces to monitor or conduct patrolling, inspection and exercise visitorial powers to ensure that the liquor ban is enforced in the said establishments.