Defensor denies giving permission for vendors to use capitol sidewalk 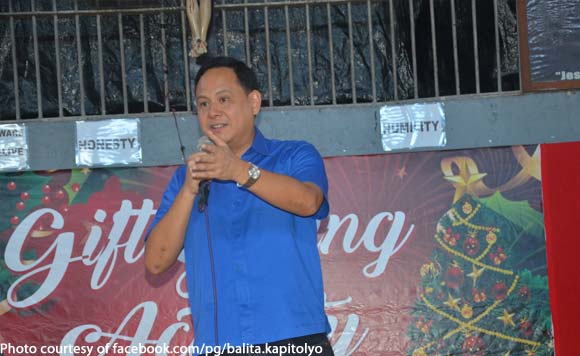 0 415
Share
Want more POLITIKO News? Get the latest newsfeed here. We publish dozens and dozens of politics-only news stories every hour. Click here to get to know more about your politiko - from trivial to crucial. it's our commitment to tell their stories. We follow your favorite POLITIKO like they are rockstars. If you are the politiko, always remember, your side is always our story. Read more. Find out more. Get the latest news here before it spreads on social media. Follow and bookmark this link. https://goo.gl/SvY8Kr

Iloilo Governor Arthur Defensor Jr. denied that he allowed vendors to occupy the sidewalk and a portion of the street in front of the provincial capitol.

The sidewalk and street surrounding the capitol are not jurisdictions of the provincial government, said Defensor.

The public has tagged the vendors as one of the causes of traffic congestion.

Defensor said he would talk to Iloilo City Mayor Jerry Treñas about the vendors. (https://bit.ly/2ScMmMK)

The vendors started flocking the capitol sidewalk and portion of Bonifacio Drive on December 2 after the provincial government switched on its Christmas lights and unveiled the newly redeveloped capitol grounds, according to him.

“I want to know how the city government manages the traffic situation there,” he added.