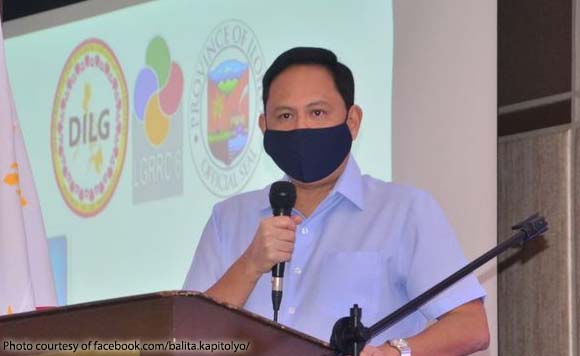 Governor Arthur Defensor Jr. of Iloilo province is confident that the Jalaur River Multipurpose Project (JRMP) may be able to withstand strong flooding.

Defensor was responding to calls for reassurance after the massive flooding in northern parts of the country in the past few weeks.

In his November 23 column in Daily Guardian, hydrogeological expert Engr. Edgar Mana-ay said that the provincial government must check if the megadam can withstand at least a “40-year” flooding. (https://bit.ly/2V5XY4j)

Mana-ay referred to the flooding in Cagayan and Isabela provinces, which were heavily affected by water released from the Magat Dam at the height of typhoon Ulysses, which ravaged several parts of the country in mid-November.

Defensor said he was “confident” in the engineering design of the JRMP.

“We are confident in the engineering design of that. That pertains to dam management, and dam management refers to the collection of water so you can use it, but the release back to the rivers is subject to regulation,” Defensor said in a press conference yesterday.

Meanwhile, the governor said that he will be briefed by the National Irrigation Administration, the lead agency implementing the JRMP Stage II, on the status of the developments on the system next week.