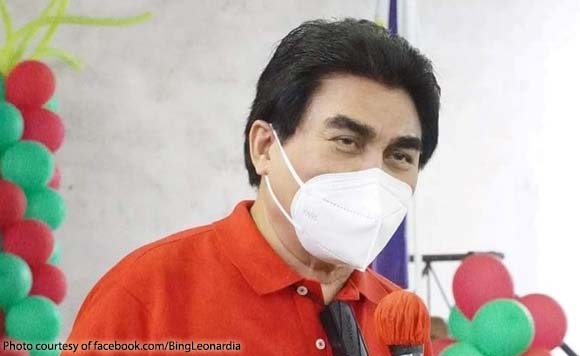 0 32
Share
Want more POLITIKO News? Get the latest newsfeed here. We publish dozens and dozens of politics-only news stories every hour. Click here to get to know more about your politiko - from trivial to crucial. it's our commitment to tell their stories. We follow your favorite POLITIKO like they are rockstars. If you are the politiko, always remember, your side is always our story. Read more. Find out more. Get the latest news here before it spreads on social media. Follow and bookmark this link. https://goo.gl/SvY8Kr

The Grupo Progreso (GP) is considering legal action on the “mysterious and unbelievable” results of the May 9 polls, according to Bacolod Mayor Evelio Leonardia.

“It will be up to the lawyers to study and look into possible legal remedies so that we can have the vote counting machines rechecked to satisfy the questions raised by the GP slate and all our supporters,” Leonardia in a statement said.

The mayor also said many were in disbelief as his numbers and that of his opponent resulted in an almost consistent pattern, he added. (https://bit.ly/3l7dOsE)

“The difference was simply mysterious and unbelievable, especially in areas we consider our bailiwicks,” he furthered.

Meanwhile, Leonardia thanked the scores of “Pulahans” who stayed with Grupo Progreso and supported his family, particularly during challenging times.

“All your efforts did not go to waste. Your love and support are highly appreciated. You have been a source of inspiration and strength for me all these years,” he said.