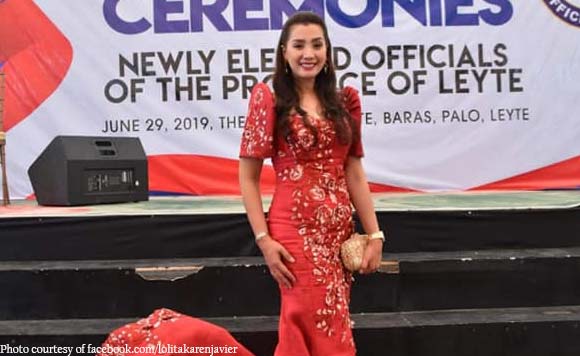 0 1,270
Share
Want more POLITIKO News? Get the latest newsfeed here. We publish dozens and dozens of politics-only news stories every hour. Click here to get to know more about your politiko - from trivial to crucial. it's our commitment to tell their stories. We follow your favorite POLITIKO like they are rockstars. If you are the politiko, always remember, your side is always our story. Read more. Find out more. Get the latest news here before it spreads on social media. Follow and bookmark this link. https://goo.gl/SvY8Kr

Leyte 2nd District Representative Lolita Karen Javier faces a complaint before the Office of the Ombudsman over allegations of making false statements in her certificate of candidacy (CoC).

The complaint was filed by former Leyte Rep. Henry Ong who accused her of falsification of public documents.

Ong alleged that the CoC she filed on October 17, 2018 indicated that she is a registered voter even though the Commission on Election (Comelec) registration board had not yet approved her voter registration application which it only received on October 25.

The complainant also indicated that her CoC showed she has been a resident of Jaro, Leyte for 44 years and two months, while, her voter registration showed she lived there for 43 years.

He also questioned as to why she sought a voter’s registration for the first time even though she is married to former Javier mayor Leonardo Javier.

“It is quite perplexing as to how a publicly recognized married couple such as Lolita and Leonardo were allowed to assume their previous and current official positions despite the stark difference in their places of residence,” read the complaint.