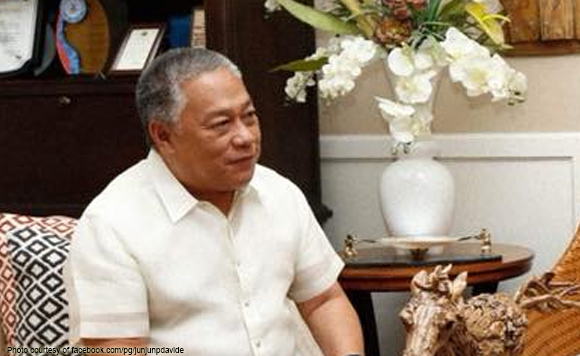 Outgoing Cebu Governor Hilario Davide III said he was insulted by the reminders of Governor-elect Gwendolyn Garcia for him to refrain from making “midnight” deals and appointments in the remainder of his term.

“I find this insulting. I find it arrogant. This is not necessary because we already have a transition team. The tenor of the letter is arrogant. She doesn’t need to remind me because I know what I’m doing,” said Davide in The Freeman report.

The newly elected Vice Governor took offense at Garcia’s letter because he never wrote anything to her to this effect when he took office in 2013.

“I thought she is aware. There is always proper turnover. This is not necessary for her to remind me. This midnight deals and appointments is not the practice of the administration,” said Davide who received the letter from Garcia’s lawyers yesterday.

“In addition to the clear and unequivocal directives contained in the said DILG Memorandum Circular, I wish to convey the following reminders to the outgoing provincial administration: (1) refrain from issuing midnight appointments pursuant to existing laws, rules, and regulations; (2) refrain from entering into midnight deals, contracts, and transactions that are prescribed under laws, rules and regulations… I am serving notice that any appointment or deals, contracts or transactions entered into during the transition period will not be honored by me,” it also stated.