Davide: I would like my opinions to be heard also 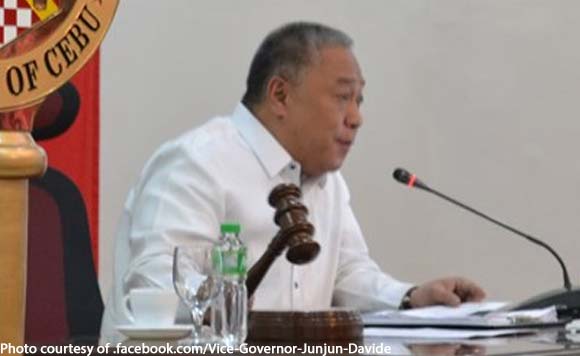 0 1,497
Share
Want more POLITIKO News? Get the latest newsfeed here. We publish dozens and dozens of politics-only news stories every hour. Click here to get to know more about your politiko - from trivial to crucial. it's our commitment to tell their stories. We follow your favorite POLITIKO like they are rockstars. If you are the politiko, always remember, your side is always our story. Read more. Find out more. Get the latest news here before it spreads on social media. Follow and bookmark this link. https://goo.gl/SvY8Kr

Cebu Vice Governor Hilario Davide III has been barred from participating in session deliberations and from sponsoring resolutions.

The house rules crafted by the administration-dominated Sangguniang Panlalawigan prohibited Davide from engaging in discourse through deliberations.

The Local Government Code is silent on the other roles of the presiding officers, said Davide. (https://www.philstar.com/the-freeman/cebu-news/2019/10/15/1960381/davide-decries-limited-role-pb)

Davide said he will question the house rule in the right time.

“I think I should also not be deprived of my right to speak my mind on any matter, an issue that may arise. I would like my opinions to be heard also,” the former governor added.