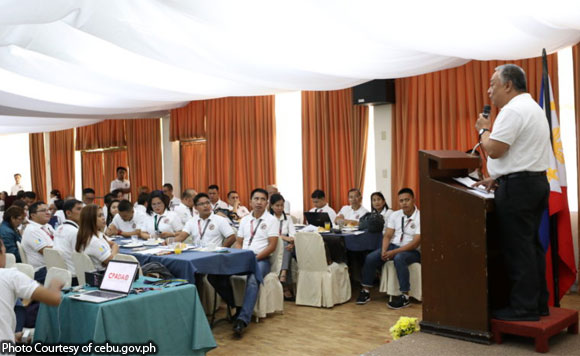 Davide’s reminder came as he expressed confidence the province can sustain its fight against the illegal drug trade.

He said police officers who fail to properly conduct the Oplan Tokhang will be relieved.

The governor said he is in favor of the modified Oplan Tokhang, which is conducted only on weekdays from 8 a.m. to 5 p.m.

Still, he stressed the importance of following the operation’s rules of engagement to avoid killings.

Under the new Tokhang guidelines, police will visit homes of alleged drug personalities but barangay, town and city anti-drug abuse council representatives would be present.

Vice Governor Agnes Magpale also lauded CPADAO and its counterparts for their programs against illegal drugs.

Such a system will let CPADAO collate information from LGUs on illegal drug concerns, so it can properly monitor the overall drug status in the province.

Of the affected barangays, 160 have been cleared, the provincial police said.