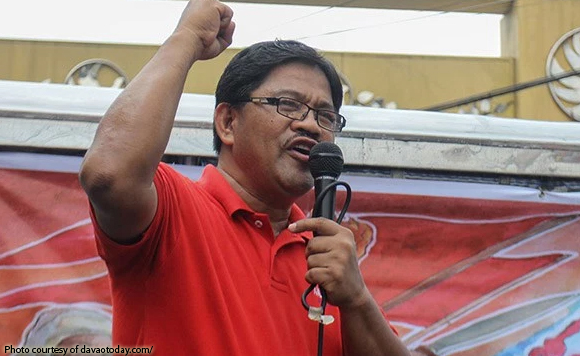 0 270
Share
Want more POLITIKO News? Get the latest newsfeed here. We publish dozens and dozens of politics-only news stories every hour. Click here to get to know more about your politiko - from trivial to crucial. it's our commitment to tell their stories. We follow your favorite POLITIKO like they are rockstars. If you are the politiko, always remember, your side is always our story. Read more. Find out more. Get the latest news here before it spreads on social media. Follow and bookmark this link. https://goo.gl/SvY8Kr

Department of Agrarian Reform Secretary Rafael Mariano has ordered an investigation into the shooting of farmer beneficiaries in Tagum City.

Mariano ordered local DAR officials to coordinate with the Davao del Norte police for the possible filing of cases against the suspects, Davao Today reported.

Wounded in the shooting were:

Last October, Mariano held a dialogue at the protest camp set up by the of Madaum Agrarian Reform Beneficiaries Association, Inc. (Marbai).

He reportedly promised to the farmers help in reclaiming their lands from Lapanday.

Farmers have set up a protest camp since June to push for the implementation of the order given by the Provincial Agrarian Reform Adjudicator of Davao del Norte last year.