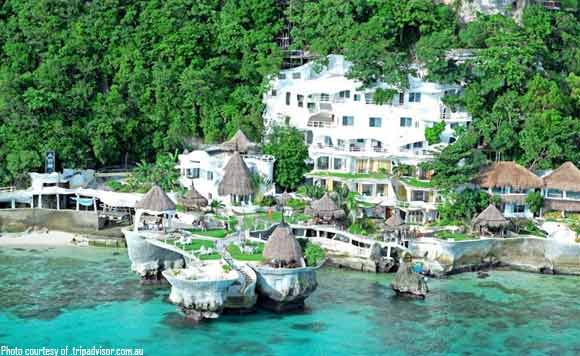 The local government unit (LGU) of Malay in Aklan on Wednesday morning ordered the closure of a controversial resort in Boracay for operating without business and other permits.

Rowen Aguirre, Executive Assistant IV of LGU Malay, together with other town officials, led the serving of the closure order for Boracay West Cove.

The closure order was signed by Malay Mayor Ceciron Cawaling.

Aguirre said that the resort was ordered to immediately stop its operations for violating Municipal Ordinance ‎2000-131 for occupying a no-build zone and for operating without business, occupancy, and sanitary permits.

The closure was also based on Executive Order No. 010 series of 2011 signed by then Malay Mayor John Yap.

The LGU directed the Boracay West Cove management not to accept new guests while those billeted at the resort were transferred to other hotels.

The LGU also pledged to help find jobs for the staff of Boracay West Cove who will be affected by the closure.

Boracay West Cove owner Crisostomo Aquino agreed to close his resort but urged the LGU to also close other violators. Aquino is a close friend of Senator Manny Pacquiao who endorsed the resort.

Aquino also claimed that the closure order violated the Forest Land Use Agreement for Tourism Purposes (FLAgT) issued by the Department of Environment and Natural Resources (DENR) to his resort.

Aquino said that they have a pending appeal for the cancellation of their FLAgT.

However, Lawyer Melanio Prado Jr., legal officer of LGU Malay clarified that even with a FLAgT, any resort is not allowed to construct and operate without a permit from the LGU.

Last month, Boracay West Cove was also ordered by the DENR to demolish the illegal structures they built on rock formations. (PNA)