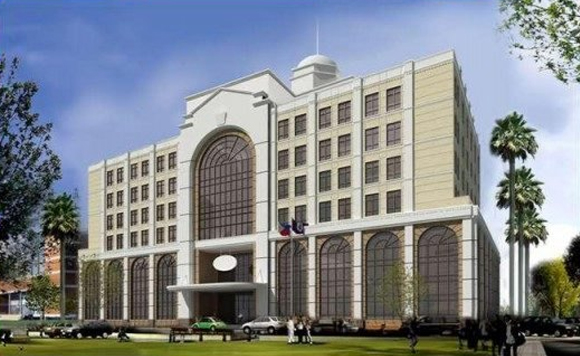 0 94
Share
Want more POLITIKO News? Get the latest newsfeed here. We publish dozens and dozens of politics-only news stories every hour. Click here to get to know more about your politiko - from trivial to crucial. it's our commitment to tell their stories. We follow your favorite POLITIKO like they are rockstars. If you are the politiko, always remember, your side is always our story. Read more. Find out more. Get the latest news here before it spreads on social media. Follow and bookmark this link. https://goo.gl/SvY8Kr

Mayor Jerry Treñas will appeal the recommendation of the Inter-Agency Task Force (IATF) for the Management of Emerging Infectious Diseases to retain Iloilo City under the General Community Quarantine (GCQ) after May 31, the only area in Western Visayas to be so.

In a press conference yesterday, Treñas said that his appeal will cover IATF Resolution No. 40, which recommended all provinces in the region and Bacolod City to shift towards a Modified GCQ.

“We want to appeal the decision of the IATF which was made yesterday regarding the status of the Iloilo City. We are preparing the appeal, and we are trying to send it before the day is over. We will come up with the justification very soon,” the mayor said. (https://bit.ly/2zJ3K4X)

He added that his appeal is based on the city’s coronavirus disease (Covid-19) responses. Its most recent confirmed case was announced May 17.

“Our grounds are our health standards. We have 60 people trained for contact tracing. We have cars which transport Covid-19 testing specimen. We have people trained to extract specimen through swabs. We have isolation centers. All Intensive Care Units are in the city. We are even the ones training others for testing. We are now in the process of preparing our own laboratory,” said Treñas.

The mayor also cited Covid-19’s economic impact in the region, saying that Iloilo City suffered the most losses.

“When we look at the economic side, the entire region has experienced great losses. These losses are due to the city not being able to open. We have to really push to re-open,” according to him.

Treñas said the city’s businessmen plan to make their case to the IATF separately.

“We have our group of businessmen from the Philippine Chamber of Commerce and Industry who will also have their own appeal. We all know that Iloilo is the center of Region 6, and all the jobs are found here. If we want our economic activities to slowly move forward, we have to make sure that we have the same classification as other places in the region,” he also said.

The mayor asserted his intention for the city to shift to the MGCQ, saying that more activities will be allowed and ultimately revive the local economy.

“I think there are many things we can do under the MGCQ. First, church masses will be allowed. Second, businesses that have been closed down can re-open. Third, the volume of the people engaged in businesses can increase. If you ask me, I would really want to go to MGCQ,” he explained.