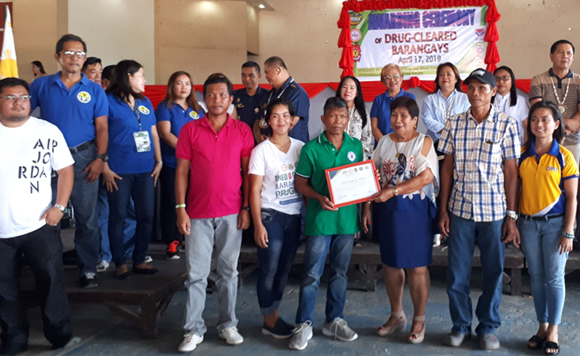 Dao now has the distinction of being the first town in Capiz to have the “drug-cleared municipality” tag, after all 20 barangays there were certified drug-cleared.

The Regional Oversight Committee presented the Certificate of Drug Cleared Barangay to all Barangay Anti-Drug Abuse Councils (BADAC) in the town.

Horneja credited the “reformers” for their willingness and cooperation in turning away from illegal drugs and change for the better.

“We need the entire community in sustaining the drive to stamp out illegal drugs in our barangays and town,” Escutin said.

Escutin said efforts to sustain the drug-cleared status include the close monitoring of their barangay residents and submission of weekly report to the Mayor.