Damay-damay na! LTFRB to scour Region 6 in pursuit of colorums 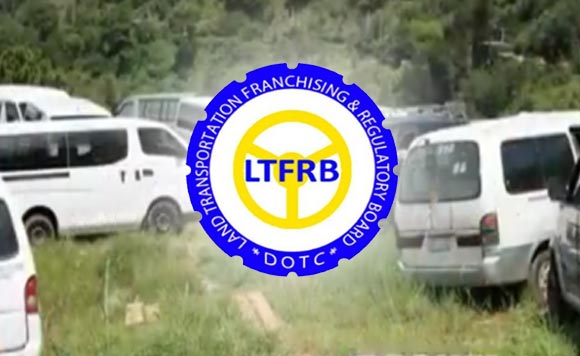 0 758
Share
Want more POLITIKO News? Get the latest newsfeed here. We publish dozens and dozens of politics-only news stories every hour. Click here to get to know more about your politiko - from trivial to crucial. it's our commitment to tell their stories. We follow your favorite POLITIKO like they are rockstars. If you are the politiko, always remember, your side is always our story. Read more. Find out more. Get the latest news here before it spreads on social media. Follow and bookmark this link. https://goo.gl/SvY8Kr

No holding back this time.

On this note, the Land Transportation Franchising and Regulatory Board started its crackdown on colorum or unregistered public vehicles in Western Visayas.

“We will be going around Panay and Negros Occidental to hunt down these colorum vehicles,” said LTFRB-6 regional director Richard Osmeña (https://thedailyguardian.net/local-news/ltfrb-6-starts-crackdown-on-colorum-vehicles/).

He advised commuters to avoid riding colorum vehicles for their own protection.

The LTFRB-6’s advisory followed President Rodrigo Duterte’s order to crack down on all colorum vehicles, including arresting erring drivers and operators.

In turn, Duterte’s order came after 19 people were killed in the crash of a Dimple Star bus in Mindoro Occidental.

Meanwhile, Osmeña said their crackdown will include not just vehicles without franchises but also those without the necessary insurance coverage.

“Without the insurance coverage, as in the case of colorum vehicles, passengers who are killed or injured in road accidents will not receive any assistance,” he said.

Colorum vehicles will also be impounded for at least three months, while the certificate of public convenience (CPC) and registration of violators will be revoked.

Violators face being blacklisted if they will apply for a franchise in the future.