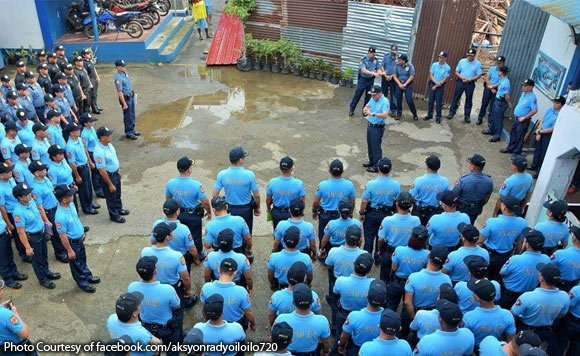 0 1,002
Share
Want more POLITIKO News? Get the latest newsfeed here. We publish dozens and dozens of politics-only news stories every hour. Click here to get to know more about your politiko - from trivial to crucial. it's our commitment to tell their stories. We follow your favorite POLITIKO like they are rockstars. If you are the politiko, always remember, your side is always our story. Read more. Find out more. Get the latest news here before it spreads on social media. Follow and bookmark this link. https://goo.gl/SvY8Kr

A revamp looms at the Western Visayas regional police office, with “lousy” chiefs of police in the region facing relief.

Regional police head Chief Superintendent John Bulalacao stressed this after he said he will reshuffle police chiefs all over the region.

“We are now in the process of evaluating the performance of our chiefs of police. Soon, we will relieve some of them,” Bulalacao said.

He also received a briefing from Senior Superintendent Canilo Fuentes, chief of the Regional Personnel and Human Resource Doctrine Development, on the initial deliberation conducted by the PNP Regional Oversight Committee.

Bulalacao noted different parameters were used in gauging the performance of field commanders.

“It’s not only illegal drugs but all aspect of police operations performance,” he added.

Also, Bulalacao said they looked into their performance since he assumed the top post at the PRO-6 last June 1.

Officers who would be relieved will be transferred to another province or city in the region, he said.

Bulalacao said the relief could affect the city or provincial police directors, if needed.