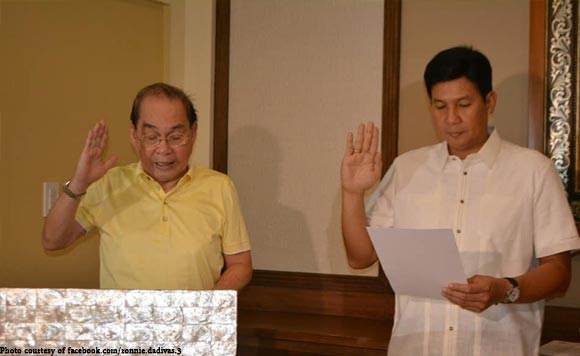 0 673
Share
Want more POLITIKO News? Get the latest newsfeed here. We publish dozens and dozens of politics-only news stories every hour. Click here to get to know more about your politiko - from trivial to crucial. it's our commitment to tell their stories. We follow your favorite POLITIKO like they are rockstars. If you are the politiko, always remember, your side is always our story. Read more. Find out more. Get the latest news here before it spreads on social media. Follow and bookmark this link. https://goo.gl/SvY8Kr

Dadivas’ oathtaking was held Thursday at Governor’s Mansion in Barangay Lanot. He was joined by his family, friends and former co-workers at the Roxas City Hall and Capiz provincial capitol.

Dadivas, a candidate of the Liberal Party, defeated former City Disaster Risk Reduction and Management Council Roberto Rommel Lastimoso by a margin of 4,000 votes during the May 13 midterm elections.

Dadivas vowed to push for reforms in the benefit of the people of Roxas City.