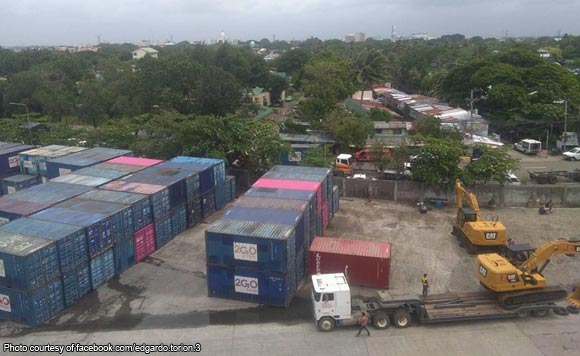 0 378
Share
Want more POLITIKO News? Get the latest newsfeed here. We publish dozens and dozens of politics-only news stories every hour. Click here to get to know more about your politiko - from trivial to crucial. it's our commitment to tell their stories. We follow your favorite POLITIKO like they are rockstars. If you are the politiko, always remember, your side is always our story. Read more. Find out more. Get the latest news here before it spreads on social media. Follow and bookmark this link. https://goo.gl/SvY8Kr

In 1998, a shipment of raw cane sugar made its way through the Port of Iloilo and the Bureau of Customs (BOC) without paying the necessary tariffs totaling P381.47 million.

Thereafter, the Commission of Audit (COA) Region VI director in that year’s audit report said that based on their investigation, they discovered that customs officials worked together to ensure the release of the imported sugar without the required duties and taxes.

In the same year, the Senate probed for corruption and connivance between the aforementioned customs officials and the New Frontier Sugar Corporation (NFSC), a local sugar importation firm.

The Philippine International Trading Corporation and the NFSC implicated in the deal, were also named in the notice.

Last May 23, COA Chairperson Michael Aguinaldo and Commissioners Jose Fabia and Roland Pondoc ruled on the petition for review filed by Porras, denying it for its overall “lack of merit.”

In his petition, Porras claimed an error in the auditor’s interpretation of the reports and documents involving the classification of the imported sugar.

“Prudence dictates that all importation documents must be properly scrutinized, especially when there are conflicting documents that may case doubt as to the true nature of the shipment, such as the case at hand,” the decision emphasizes.

In 2018, Customs was named as one of the most corrupt government agencies alongside the Department of Public Works and Highways and the Bureau of Internal Revenue