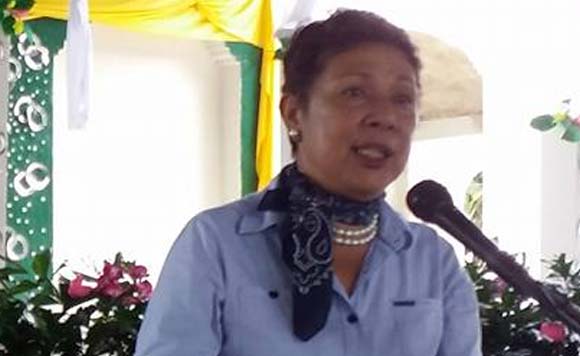 0 688
Share
Want more POLITIKO News? Get the latest newsfeed here. We publish dozens and dozens of politics-only news stories every hour. Click here to get to know more about your politiko - from trivial to crucial. it's our commitment to tell their stories. We follow your favorite POLITIKO like they are rockstars. If you are the politiko, always remember, your side is always our story. Read more. Find out more. Get the latest news here before it spreads on social media. Follow and bookmark this link. https://goo.gl/SvY8Kr

An Iloilo court has issued a hold departure order against Valderrama, Antique town mayor Jocelyn Posadas and her daughter Atty. Charmaine Joy Filarmeo in connection with the estafa case filed against them.

Both Posadas and Filarmeo are in the hold-departure list of the Bureau of Immigration and are restrained by the Court from leaving the country, Panay News reported.

The accused were charged over their alleged failure to account for funds allegedly entrusted to them by Solexar Energy International, amounting to P11 million.

In September last year, the Iloilo City Prosecutor’s Office claimed that Posadas and Filarmeo received vouchers for the processing of the land conversion in Tigbauan town, Iloilo province.

The land was intended for the construction of the proposed solar power plant by Solexar.

In an order, the Iloilo City Regional Trial Court found a basis to Solexar’s contention that Posadas and Filarmeo are considered flight risks because they have the “means to travel abroad and are both well-connected.”

Both are also facing multiple charges before the Ombudsman for violation of the Anti-Graft and Corrupt Practices Act.