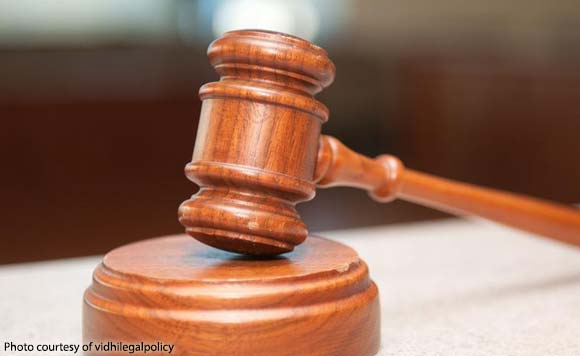 0 20
Share
Want more POLITIKO News? Get the latest newsfeed here. We publish dozens and dozens of politics-only news stories every hour. Click here to get to know more about your politiko - from trivial to crucial. it's our commitment to tell their stories. We follow your favorite POLITIKO like they are rockstars. If you are the politiko, always remember, your side is always our story. Read more. Find out more. Get the latest news here before it spreads on social media. Follow and bookmark this link. https://goo.gl/SvY8Kr

The Regional Trial Court (RTC) of San Jose, Antique found former governor Exequiel Javier guilty beyond reasonable doubt of violating the Omnibus Election Code and sentenced him to a maximum of three years of imprisonment.

Judge Ernesto Abijay Jr. of RTC Branch 10 also disqualified Javier from holding public office and barred him from exercising his right of suffrage.

He was convicted for violation of Section 261 (x) of the Omnibus Election Code. This provision prohibits the suspension of any elective official during the election period without the approval of the Commission on Elections (Comelec), unless the suspension is related to graft and corruption. (https://bit.ly/3dJb00k)

On January 23, 2013, Javier, enforcing a resolution of the Sangguniang Panlalawigan, suspended Valderama Mayor Mary Joyce Roquero for 30 days in relation to an administrative case filed by then Valderrama vice mayor Christopher Maguad. It was within the election period for the May 2013 elections which started on January 13 and ended on June 12.

Maguad, an ally of Javier, filed an administrative case against Roquero for allegedly failing to implement a municipal zoning ordinance (Zoning Ordinance No. 003-2003) banning the construction of gasoline and water refilling stations less than 100 meters away from churches and other public buildings, and for alleged violation of the Code of Conduct and Ethical Standards for Public Officials and Employees.

Roquero, however, said the ordinance did not take effect because it was not published in a newspaper of general circulation, as required by law.

Following her suspension, Roquero hauled Javier to court, which led Comelec to take over the prosecution. In a five-page Septer 3, 2013 resolution promulgated, the Comelec en banc found probable cause to try Javier for an election offense [violation of Section 261 (x) of the Omnibus Election Code].