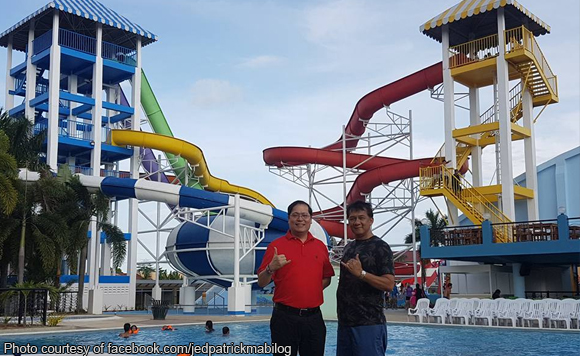 0 458
Share
Want more POLITIKO News? Get the latest newsfeed here. We publish dozens and dozens of politics-only news stories every hour. Click here to get to know more about your politiko - from trivial to crucial. it's our commitment to tell their stories. We follow your favorite POLITIKO like they are rockstars. If you are the politiko, always remember, your side is always our story. Read more. Find out more. Get the latest news here before it spreads on social media. Follow and bookmark this link. https://goo.gl/SvY8Kr

Iloilo can now lay claim to being the host of the country’s first solar-powered recreational water park.

Eon Group of Companies chairman and Iloilo City Trade and Investments Promotions Board head Felicito Tiu said this should boost tourist arrivals in the city.

For his part, Iloilo City Mayor Jed Patrick Mabilog expressed optimism about tourism prospects due to the water park.

“Aside from creating jobs, it could create business opportunities for the nearby communities,” Mabilog said.