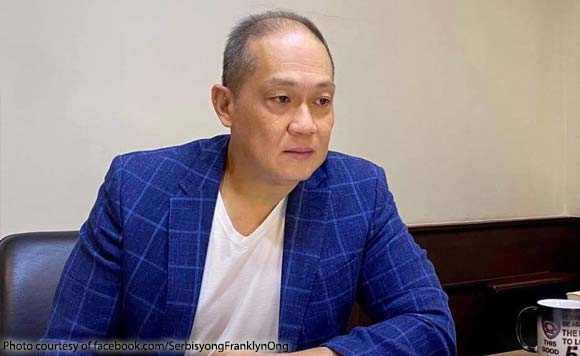 0 2,476
Share
Want more POLITIKO News? Get the latest newsfeed here. We publish dozens and dozens of politics-only news stories every hour. Click here to get to know more about your politiko - from trivial to crucial. it's our commitment to tell their stories. We follow your favorite POLITIKO like they are rockstars. If you are the politiko, always remember, your side is always our story. Read more. Find out more. Get the latest news here before it spreads on social media. Follow and bookmark this link. https://goo.gl/SvY8Kr

Cebu City Councilor Franklyn Ong has accused City Hall officials of playing favorites with some barangays during the distribution of cash aid early this month.

Ong, also Cebu City’s Association of Barangay Councils (ABC) president, alleged that villages not allied with the administration were treated unfairly and harassed in trying to receive their cash assistance.

During his privilege speech before the Cebu City Council on Wednesday, the councilor said the 30 barangays that first received the cash aid from the City were allied with the current administration. (https://bit.ly/38SN74P)

He was told that the checks for the remaining 50 barangays were still pending before the City Treasurer’s Office.

“As president of the Liga ng mga Barangay, I would like to make an appeal to the City Government not to politicize our Covid-19 response,” said Ong.

Councilor Raymond Alvin Garcia, who chairs the committee on budget and finance, said he still has to check from the City Accounting Office, City Treasurer’s Office, and City Administrator’s Office on why some checks were not released yet.