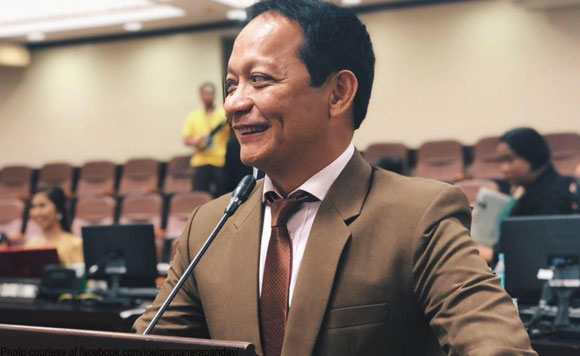 City Councilor Joel Garganera has urged Cebuanos to help authorities solve crimes amid the alarming peace and order situation in the city.

Garganera, who also chairs the city’s Police Advisory Council, said Wednesday the community should get involved in crime solution by providing police with information on suspected perpetrators.

The local legislator made the call following the arrest of notorious thief Emelito Familiar Jr., the suspect in the killing of 23-year-old student Charie Mae Mancia inside her boarding house in Barangay Tinago last Sunday.

Familiar was arrested by members of Waterfront Police Station on Tuesday after his relatives informed authorities of his whereabouts in Mandaue City.

Garganera said Familiar was easily identified and immediately pursued not just because of the relatives’ cooperation but also because of the information provided by the suspect’s neighbors.

“The series of killings in Cebu is alarming. But we have seen the swift solution of a crime because of the public’s involvement,” he said.

“When we talk about peace and order, we cannot fully rely on the capability of the police. It needs the cooperation and trust of the community,” he added.

Garganera also encouraged the public to trust the authorities, who really need the civilians’ support to be effective in the fight against criminality.

Early Sunday, Familiar allegedly stabbed Mancia to death after the victim found him inside her room.

Investigators said the suspect’s plan was only to steal some valuables from Mancia’s room, but it resulted into murder.

The victim, who was a native of Aloguinsan town and a first year Accountancy student at the Asian College of Technology, died of multiple stab wounds on her neck and other parts of the body. (PNA)