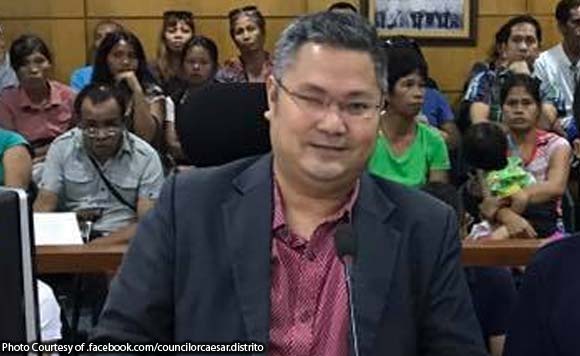 Bacolod City Councilor Caesar Distrito defended the approval of the supplemental budget after the city council adjourned for Christmas break.

This, after netizens criticized the Sangguniang Panlungsod’s move to call for a special session last December 28 for the passage of the P2.035-billion supplemental budget.

Distrito, also the chairman of the Committee on Laws, Ordinances and Good Government, said in a Panay News article that the supplemental budget was for 2018 programs that needed to be audited by the Department of Budget and Management.

Some of these programs have already been implemented yet some were still pending, added the politiko.

“We had our special session just to approve the summary of all appropriation ordinances that we approved other than the annual budget,” according to him.

Distrito said funding for the supplemental budget was sourced from loans and the city budget, institutionalized through Appropriation Ordinances Nos. 04, 06, 07, 09, 10, and 11 series of 2018.