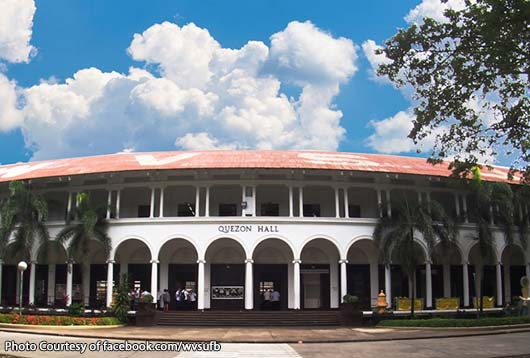 0 1,610
Share
Want more POLITIKO News? Get the latest newsfeed here. We publish dozens and dozens of politics-only news stories every hour. Click here to get to know more about your politiko - from trivial to crucial. it's our commitment to tell their stories. We follow your favorite POLITIKO like they are rockstars. If you are the politiko, always remember, your side is always our story. Read more. Find out more. Get the latest news here before it spreads on social media. Follow and bookmark this link. https://goo.gl/SvY8Kr

The Iloilo City Council unanimously approved a resolution endorsing the proposal of West Visayas State University (WVSU) to open a College of Law and offer the Juris Doctor Degree Program in its main campus in La Paz district.

WVSU currently has a pending application with the Legal Education Board for the opening of its own College of Law.

All the five law schools in the region are in private universities, said Councilor Rudolph Jeffrey Ganzon, proponent of the resolution.

“In the region, there are five law schools in all private universities that cater to those who aspire to be a member of the legal profession, namely University of San Agustin (USA), Central Philippine University (CPU), Colegio dela Purisima Concepcion, Aklan Catholic College, and University of St. La Salle,” according to Ganzon.

Only two universities (USA and CPU) offer the Bachelor of Law/Juris Doctor in Panay, he added. (https://dailyguardian.com.ph/city-govt-endorses-proposed-first-public-law-school-in-wv/)

“WVSU will be the only public institution of higher learning to offer the law degree in Western Visayas. WVSU attracts and accommodates financially challenged but academically able students as it brings to the College of Law the same quality, standards, and excellence afforded to students in the WVSU system,” the politiko said.

Copies of the resolution will be forwarded to the Legal Education Board and Commission of Higher Education in Region 6.