Coterminous officials may not report to work anymore: Rama 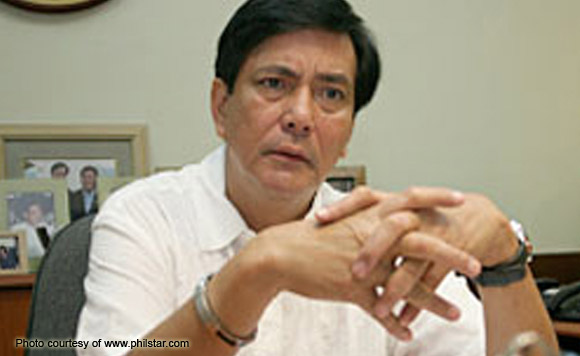 0 109
Share
Want more POLITIKO News? Get the latest newsfeed here. We publish dozens and dozens of politics-only news stories every hour. Click here to get to know more about your politiko - from trivial to crucial. it's our commitment to tell their stories. We follow your favorite POLITIKO like they are rockstars. If you are the politiko, always remember, your side is always our story. Read more. Find out more. Get the latest news here before it spreads on social media. Follow and bookmark this link. https://goo.gl/SvY8Kr

Cebu City Mayor Michael Rama has instructed coterminous officials under the late Mayor Edgardo Labella not to report to work, citing the transition between administrations is ongoing.

“The term of Mayor Edgardo Labella has ended by operation of law. I also do not wish to bring hope, so I would suggest all coterminous may not be reporting to work yet,” said Rama.

There is a continuous assessment of employees, officials, and positions in the City Hall as Rama’s office is taking over the Executive Department. (https://bit.ly/3HP47ch)

Department heads and those occupying higher positions may lose their current seats as the new mayor assigned overseers for each department who will coordinate with his office on the running of these departments.

Labella’s city administrator Floro Casas, Jr. earlier stepped down to give way to Rama’s own people.

“With Mayor Edgar Labella’s passing, my coterminous appointment as city administrator also expired. It is truly an honor & privilege to have served the Cebu City Government and to have worked with competent and dedicated public servants under the administration of our beloved mayor, Edgar Colina Labella,” said Casas.