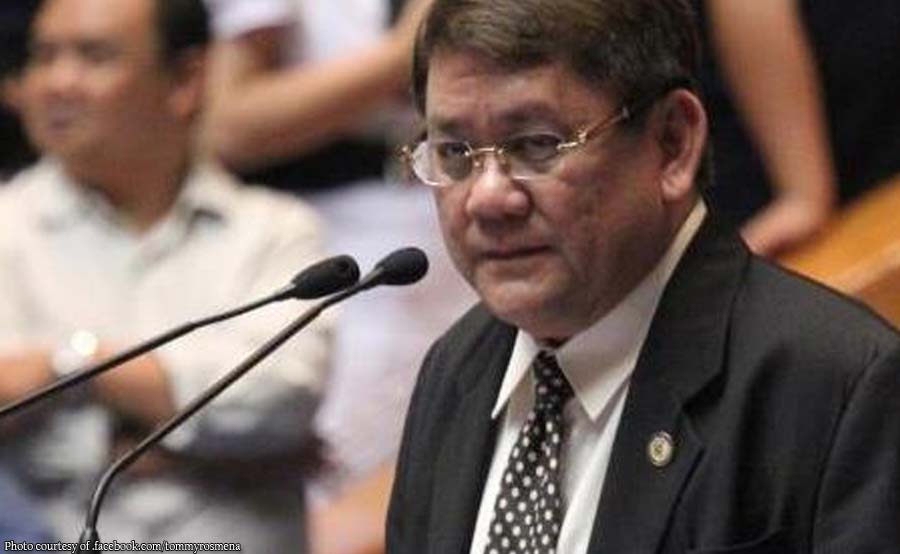 0 365
Share
Want more POLITIKO News? Get the latest newsfeed here. We publish dozens and dozens of politics-only news stories every hour. Click here to get to know more about your politiko - from trivial to crucial. it's our commitment to tell their stories. We follow your favorite POLITIKO like they are rockstars. If you are the politiko, always remember, your side is always our story. Read more. Find out more. Get the latest news here before it spreads on social media. Follow and bookmark this link. https://goo.gl/SvY8Kr

CEBU CITY — A policeman on Thursday asked the Office of the Ombudsman-Visayas to put under preventive suspension Mayor Tomas Osmeña for illegally impounding his motorcycle and taking his wrist watch while buying food on Election Day last May 13.

Patrolman Romil Gelogo said his “prayer for preventive suspension” against Mayor Tomas Osmeña is in line with the cases of “usurpation of official function, violation of Anti-Graft and Corrupt Practices Act, slander, grave coercion, direct assault, grave misconduct, violation of Anti-Carnapping Act, robbery, serious dishonesty, oppression, and conduct prejudicial to the best interest of the service,” against the local chief executive.

In his affidavit of complaint, Gelogo who is assigned at the Criminal Investigation and Detection Group-7 Mandaue Field Unit stationed at Camp Sotero Cabahug on Gorordo Avenue here, alleged that Osmeña and some traffic personnel impounded his Honda TMX 155, bearing plate number 8085 SX.

“Mayor Osmeña and the Cebu City Traffic Management Coordination Committee personnel are…not deputized agents of LTO (Land Transportation Office),” Gelogo said, stressing his complaint that “neither the latter nor the former has authority in implementing Republic Act 4136 or Land Transportation and Traffic Code”.

The patrolman said he went out of Camp Sotero Cabahug to buy food supplies on board his motorcycle when 10 persons blocked his way.

The police identified one of the four who held his motorcycle’s handlebar as the mayor of the city.

The four demanded him to present his driver’s license and documents of his motorcycle in an “intimidating and arrogant manner,” he said, adding that they did not inform him about his traffic violations.

When Gelogo identified himself as a police officer, Osmeña allegedly told him he was “the mayor.”

The CIDG-7 police, who was assigned in the alert team, claimed the mayor “defamed and humiliated” him and all the police officers when he loudly and publicly declared they were abusive.

Gelogo asked the mayor to issue him a receipt for the seizure, as well as return his wrist watch worth PHP150,000, kept inside the motorcycle’s tool box, but to no avail, which compelled him to report to the Abellana Police Station.

To recall, it was Osmeña who sued Gelogo first before the Ombudsman over the same incident.

The mayor alleged that Gelogo, who was not in his uniform and was wearing short pants in violation of the Philippine National Police camp rules, resisted and disobeyed a person in authority.

He alleged that he chanced upon Gelogo, at past midnight of May 12, at Camp Sotero Cabahug when he went to the camp after receiving information that two Sangguniang Kabataan officials and two other residents of Cogon Ramos village had been arrested due to alleged vote buying.

The mayor, who claimed he was denied entry, saw Gelogo on board a motorcycle wearing shorts and slippers going out of the camp.

“As the city mayor and knowing that wearing slippers is not the prescribed attire for motorcycle drivers and is a violation of traffic laws and a city ordinance, I asked for his name and his driver’s license,” Osmeña said in his two-page affidavit of complaint.

Gelogo reportedly refused to present his badge to the mayor, who later asked for the registration record of his motorcycle upon seeing it had no side mirrors.

The policeman again failed to present the registration.

The mayor asked the Cebu Traffic Operations Office (CCTO) to put the motorcycle under safekeeping, claiming that Gelogo left it at the gate of the camp when he went back inside after their argument.

The mayor said he wanted to issue citation ticket to Gelogo but he could not do so as the latter abandoned his motorcycle. (PNA)