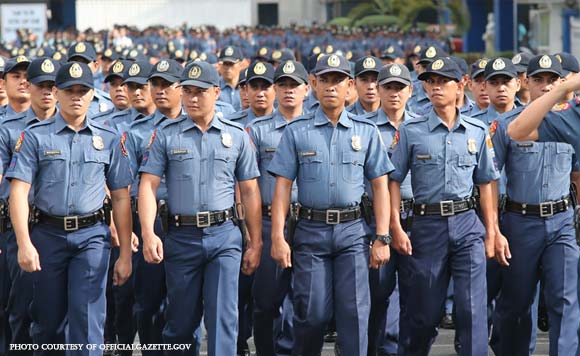 0 8,660
Share
Want more POLITIKO News? Get the latest newsfeed here. We publish dozens and dozens of politics-only news stories every hour. Click here to get to know more about your politiko - from trivial to crucial. it's our commitment to tell their stories. We follow your favorite POLITIKO like they are rockstars. If you are the politiko, always remember, your side is always our story. Read more. Find out more. Get the latest news here before it spreads on social media. Follow and bookmark this link. https://goo.gl/SvY8Kr

The Cebu City Police Office (CCPO) under Col. Gemma Vinluan are clueless on the whereabouts of the three Cebuanos convicted in the kidnapping and mirder of the Chiong sisters.

But the families of Alberto Caño and Ariel Balansag, as well as the lawyer of Josman Aznar, are in favor of the three men’s surrender to the authorities, following the order of President Rodrigo Duterte.

Balansag, Caño, and Aznar, convicted in 1999 for the kidnapping and serious illegal detention of sisters Marijoy and Jacqueline Chiong in 1997, were released from jail after they benefited from Republic Act 10592, the law governing GCTA.

Phoebe Comon, Caño’s youngest sister, said they do not know the whereabouts of her brother as he never saw him in their house in Panadtaran village in the southern town of San Fernando in Cebu after he got his liberty due to GCTA.

As she expressed confidence that his brother would surrender, she asked Duterte to grant him executive clemency.

Gertrudes Salazar urged his younger brother, Balansag, to surrender, saying it is up to him if he would heed the order of the President toturn himself in to the authorities.

Gica, however, said the application of GCTA on Aznar’s sentence of reclusion perpetua to death meant he and his co-accused have already served their punishment in jail.

Gica agreed to give his client a chance “to rebuild his life”.

President Rodrigo Duterte gave the 1,914 convicts 15 days to msurrender, otherwise, he would put a P1 million bounty on each of them.
(PNA)