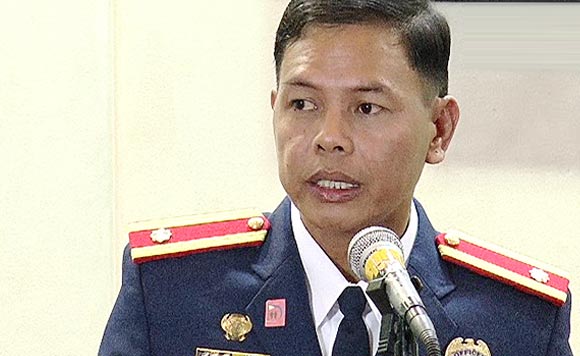 0 1,876
Share
Want more POLITIKO News? Get the latest newsfeed here. We publish dozens and dozens of politics-only news stories every hour. Click here to get to know more about your politiko - from trivial to crucial. it's our commitment to tell their stories. We follow your favorite POLITIKO like they are rockstars. If you are the politiko, always remember, your side is always our story. Read more. Find out more. Get the latest news here before it spreads on social media. Follow and bookmark this link. https://goo.gl/SvY8Kr

For some undisclosed reason, Police Lieutenant Colonel Jovie Espenido, deputy director for operations of the Bacolod City Police Office, has been relieved from his post.

His relief came after the Philippine National Police (PNP) removed 14 police officials, with ranks from police lieutenant colonel to brigadier general, over various pending cases on February 5 as part of the latest reshuffle ordered by PNP chief General Archie Gamboa.

Espenido has been recalled to the national police headquarters in Camp Crame and reassigned to the Office of the PNP Chief, according to the PNP Directorate for Personnel and Records Management. (https://bit.ly/2SnDwKo)

Among those relieved have past or pending cases involving drugs and corruption.

Espenido was the police chief of Ozamiz City prior to his Bacolod reassignment.