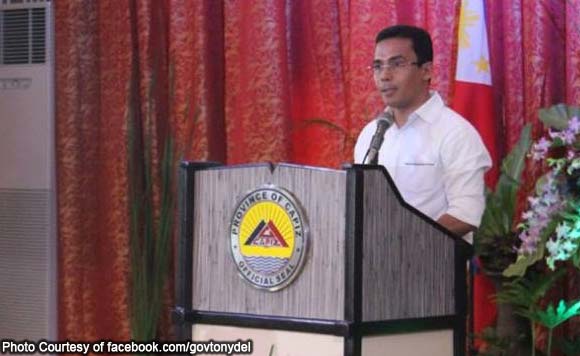 0 521
Share
Want more POLITIKO News? Get the latest newsfeed here. We publish dozens and dozens of politics-only news stories every hour. Click here to get to know more about your politiko - from trivial to crucial. it's our commitment to tell their stories. We follow your favorite POLITIKO like they are rockstars. If you are the politiko, always remember, your side is always our story. Read more. Find out more. Get the latest news here before it spreads on social media. Follow and bookmark this link. https://goo.gl/SvY8Kr

Contreras believes the ex-governors have been proven of their expertise in good local governance for the benefits of the Capicenos.

There is no need to put up an office at the provincial capitol for the said council as they would only serve in the capacity of a consultant, according to the governor.

Former governor Antonio del Rosario, on one hand, has yet to confirm his participation.

Contreras defeated Del Rosario by a margin of 17,000 votes during the last elections.