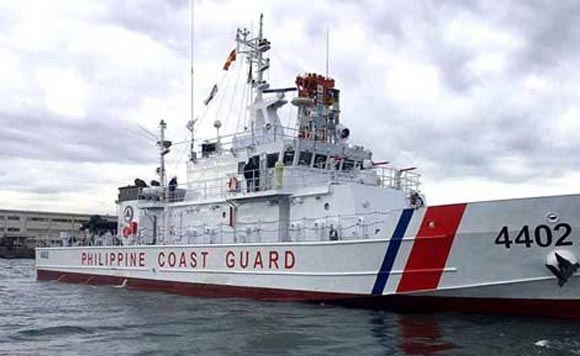 The Philippine Coast Guard will station one patrol vessel in the southern channel of Cebu province amid fears of terrorism spillover from Mindanao, a coast guard official said.

Capt. Ronnie Gil Gavan, commander of the Philippine Coast Guard 7 (Central Visayas), said during the inter-agency summit for safety and security in Oslob and Badian that assigning one patrol vessel would make southern Cebu equivalent to one coast guard station.

The other coast guard stations are in Cebu, Bohol, and Camotes Island.

The coast guard station in the southern corridors would also bolster the government’s effort in guarding the Visayas seawaters against incursion of terrorists from Mindanao, Gavan said.

“We secure the ports. We will put K9 units. Although there is no threat, we always try our best to prevent any act of terrorism,” Gavan said Sunday.

He said the national government has also set up a national coast watch system in Cebu that can monitor the movements of vessels in the seawater of the Visayas.

The coast watch center in Cebu has radar facility monitoring the seawaters round the clock, he said.

“With those radar system, we can track vessels from Mindanao,” he said.

The data gathered through the coast watch system can be used to validate information gathered by the military and the police, he said.

The National Intelligence Coordinating Agency 7 and other agencies can use technical data to support the data they gathered through the intelligence community, he also said.

“Rest assured that your Philippine Coast Guard is always here to protect the truth that Cebu has no problem,” Gavan said. (PNA)